The highlight of the Zeiträume Basel festival was the premiere of the utopian project “La Coupole” with microtonal piano pieces by composer Ivan Wyschnegradsky. I was responsible for the entire visual part of the evening.

The Basel Market Hall, built in 1929 and one of the largest domed buildings in the world, is the almost ideal projection surface for a truly utopian project: In the 1940s, the composer Ivan Wyschnegradsky (1893-1979) developed designs in Paris for a light dome project that is now being realized for the first time: To music by Wyschnegradsky, played on six concert grand pianos tuned in microtonal intervals, moving color patterns immerse the dome’s inner surface in a fascinating, space-filling play of colors. The visualizations are based on manuscripts from the volume Mosaïque lumineuse de la coupole du temple / Ivan Wyschnegradsky Collection. Since there is no reliable tradition of an assignment of sound and image on the part of Wyschnegradsky, the task was to perform a contemporary interpretation of his visual manuscripts.

The entire sequence of visualizations, including playback of audio samples, was controlled from a laptop and rendered in real time on a Hackintosh (macOS on PC hardware) with the fastest graphics card available. Realized with Max. 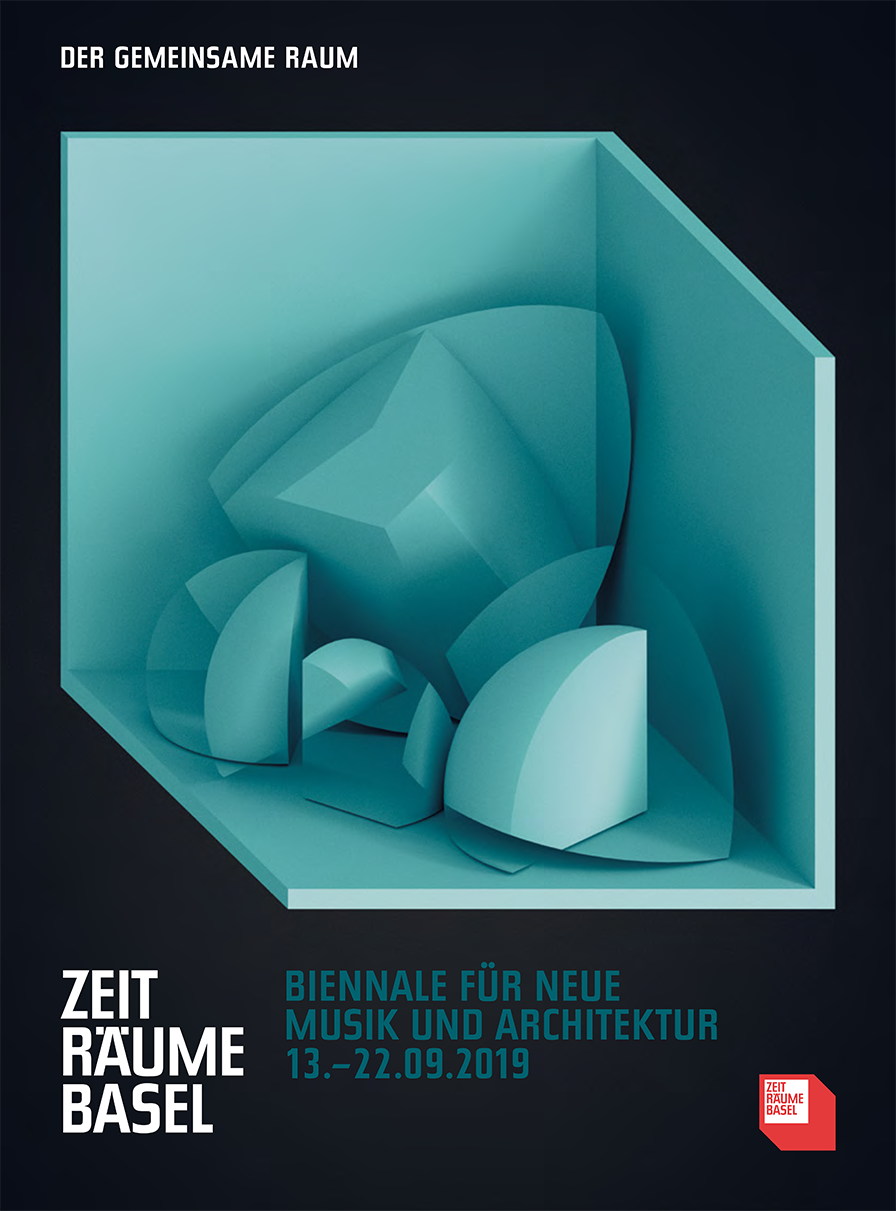 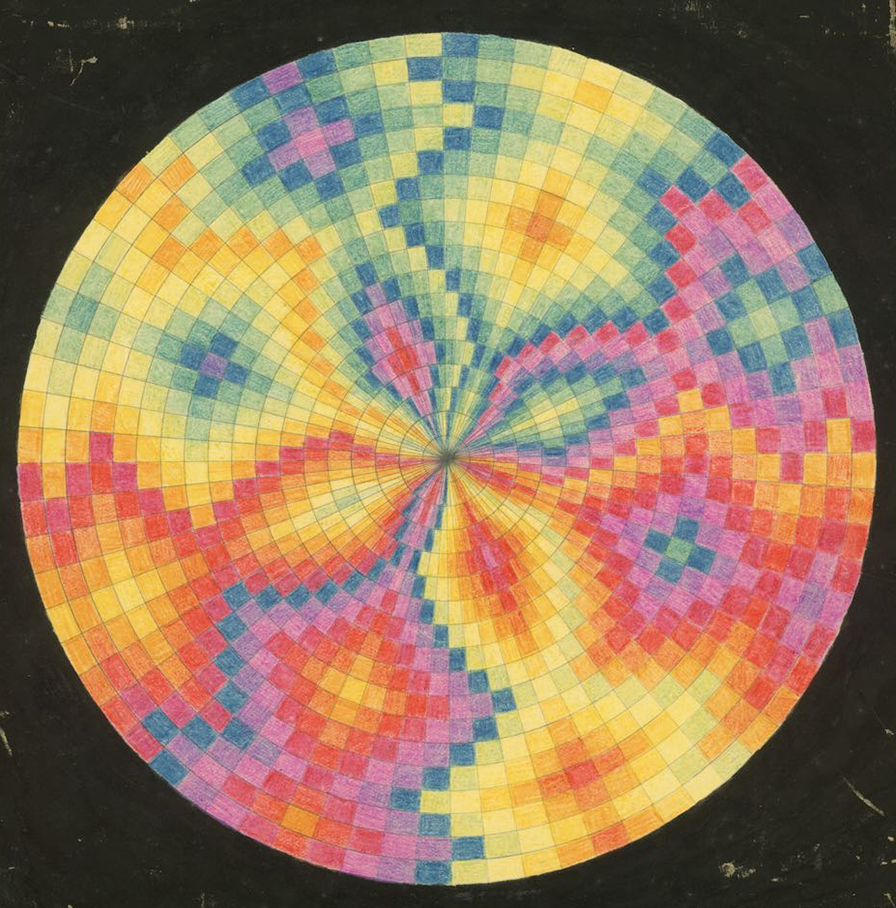 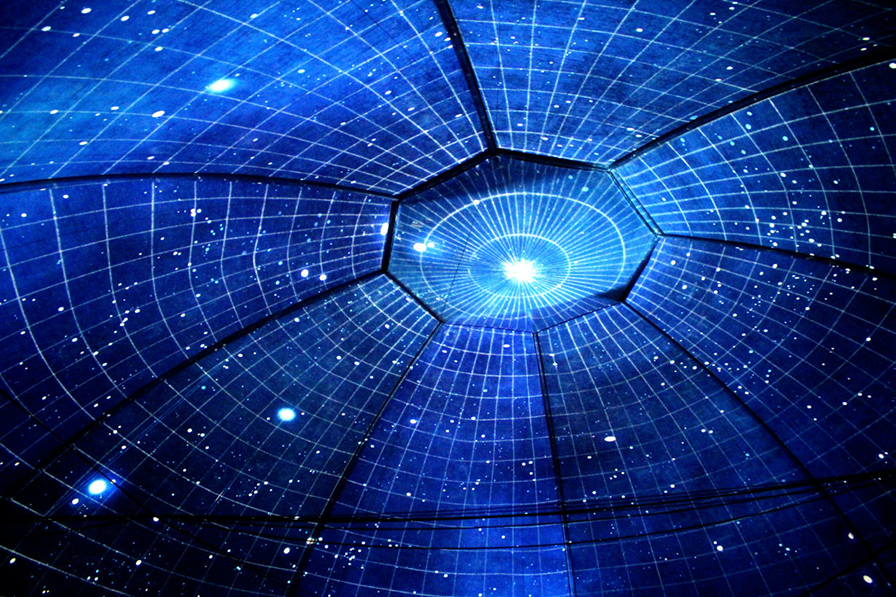 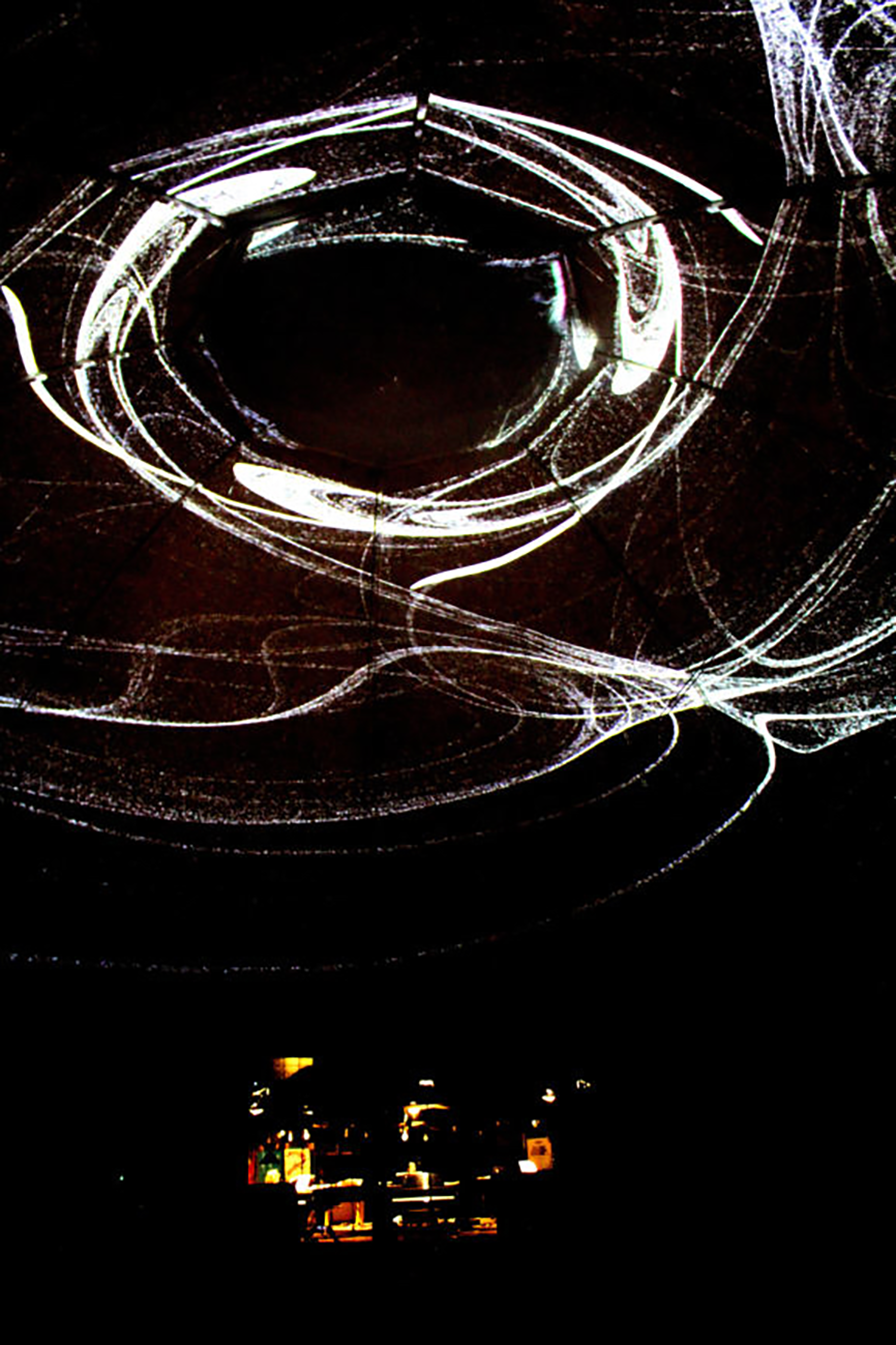 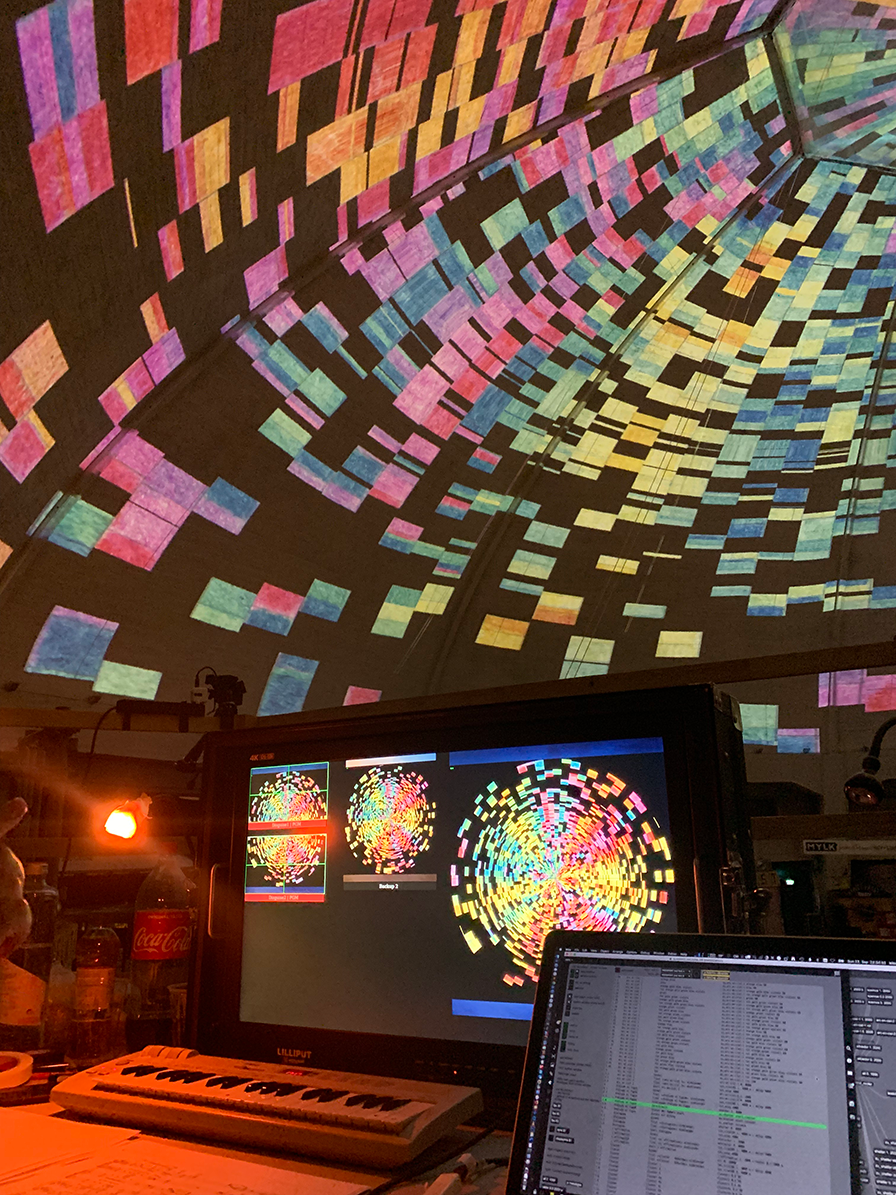 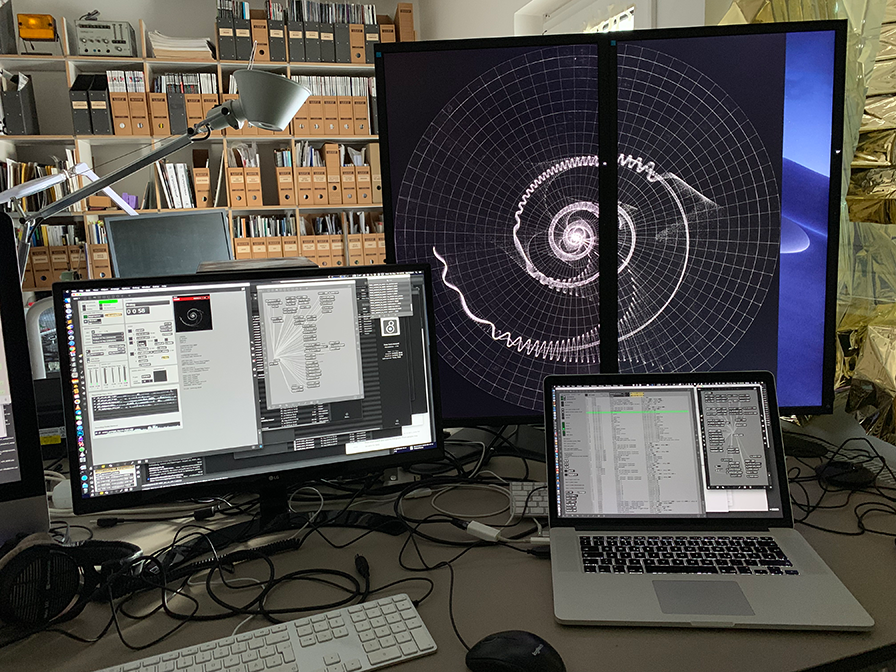 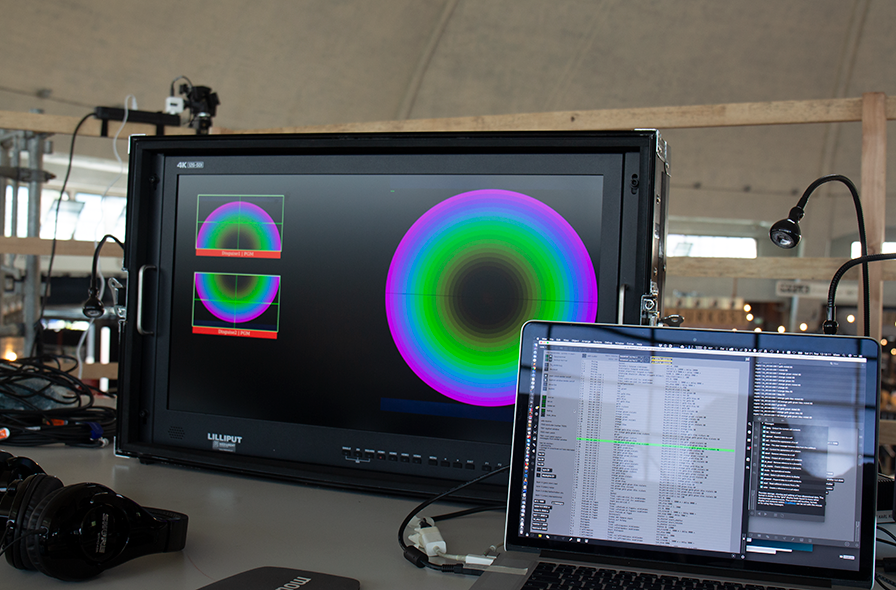 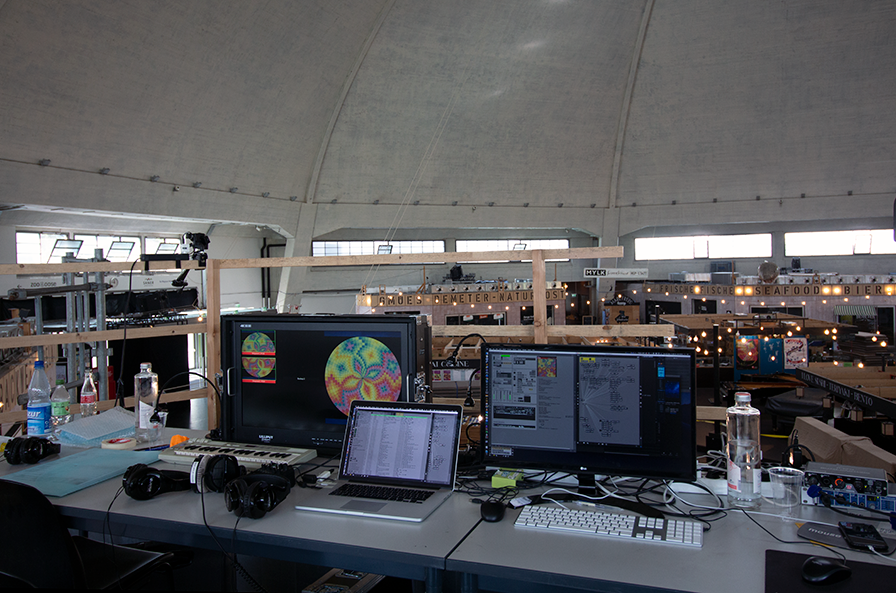