Sebastian Claren asked me to do the visual part for his composition “Maurizio/Licht” for string orchestra with Solistenensemble Kaleidoskop.

The initial idea of a minimalistic video projection with white dots on a black canvas was discarded because of brightness and fan noise issues. The second idea of sound reactive fluorescent tubes was dropped because of financing issues. In the end i built sixteen LED bars by myself with individual controllable RGB LEDs, each of them two meters high. Then i programmed five sound reactive light scenes, one for each part of the composition.

The 16 string players of the Solistenensemble Kaleidoskop really impressed me, as they received their individual notes just in time before the rehearsals began, a week before the premiere. The piece must be the heaviest thing they ever played, as there are tempo changes after almost every second bar. 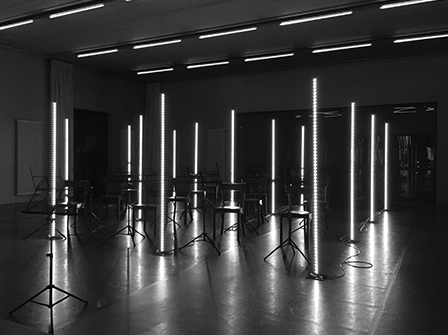 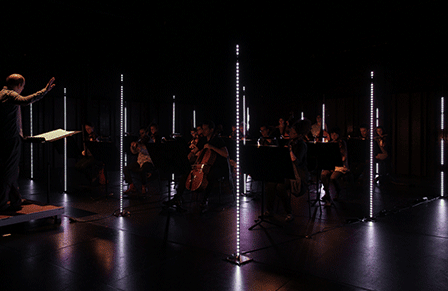 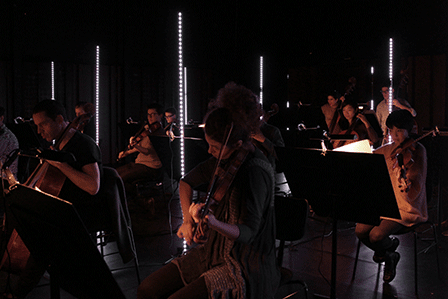 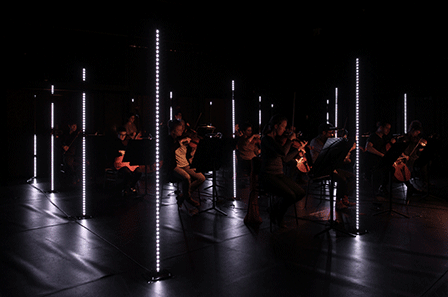 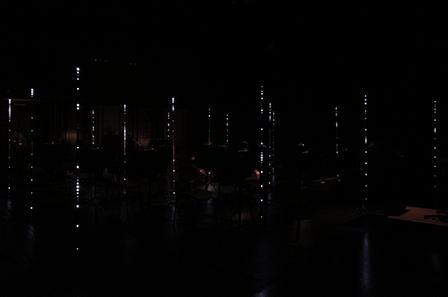 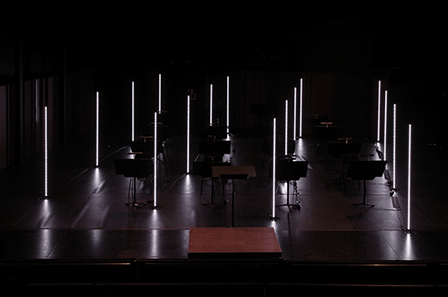 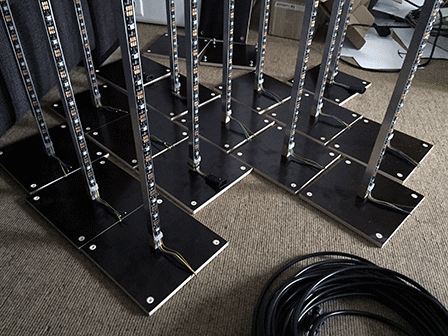 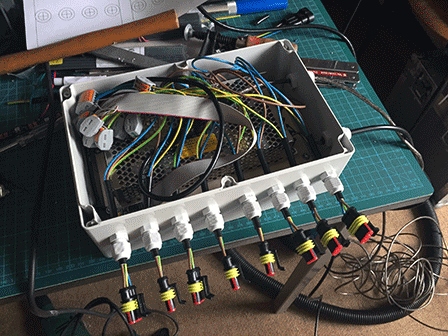 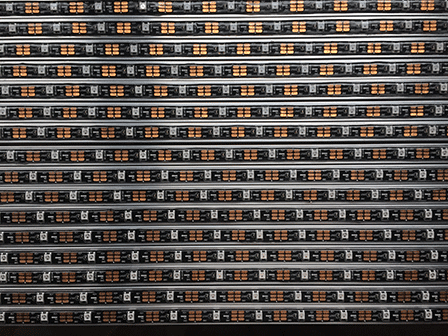 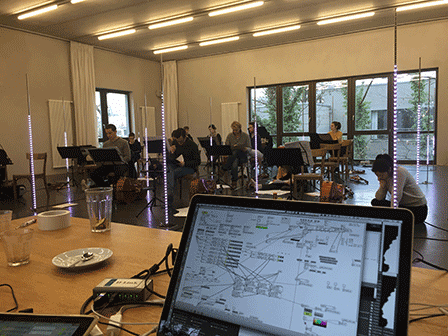