Live concert of BAUTEILE at the celebration of the 50th anniversary of the Goethe-Institut Porto with custom built audio- and video applications.

An updated version of the broadcast, which was premiered on Deutschlandradio Kultur in 2012, will be rearranged in realtime during the concert. Each of the hundrets of parts that the composition consists of can be played back seemlessly in a random order. Synchronized to the playback position the visual representation of the soundfile will move to the corresponding part in realtime. 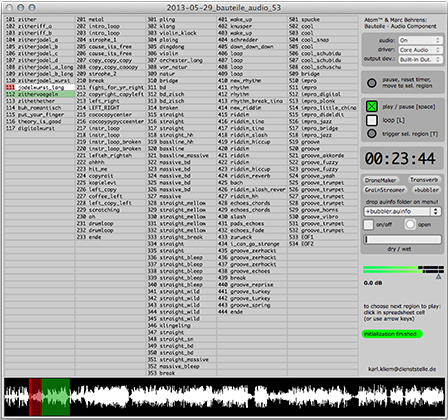 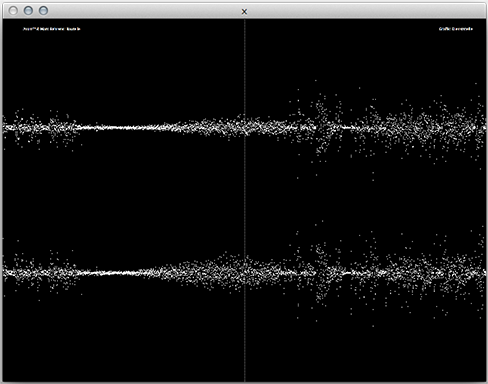