For the sound:frame 2012 festival Jan Jelinek and I have contributed the wide screen video Neonlicht with five channel sound.

It is part of the exhibition substructions at the MAK-Kunsthalle in Vienna.

Each of the five channels of Jans soundtrack controlled a fluorescent tube that i had installed in the inner city of Frankfurt. I recorded the tracks separately with the skyline in the background and rendered them as one large 5800 x 720 pixel canvas.

The video is being shown alternating with other contributions by Robert Henke & Tarik Barri, Herman Kolgen, Rainer Kohlberger and Depart.

Thanks to Daniel Kohl who helped me recording the video. 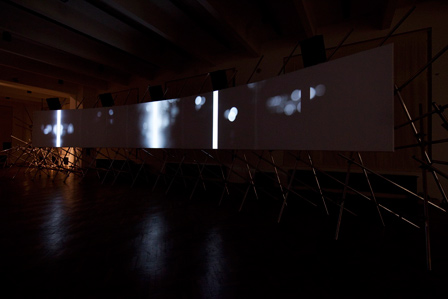 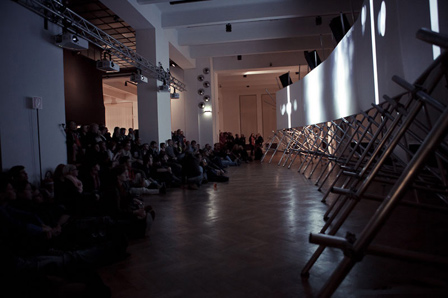 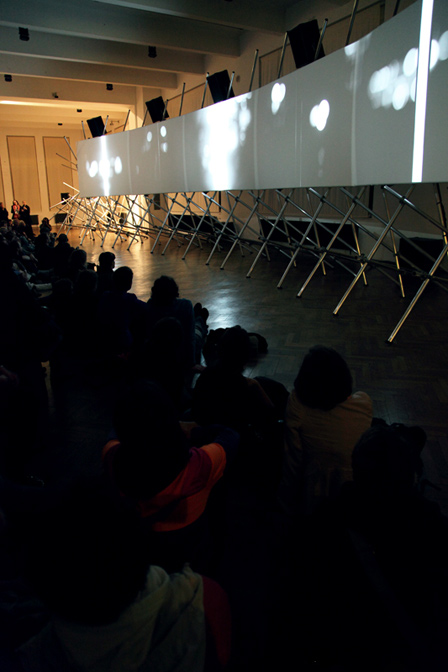